Are you better yet?

No one has actually asked me this question because my friends and family are more considerate than that, but I know it’s a question that’s itching in their minds and if they weren’t sensitive to my illness they may actually ask it. I’m extremely lucky to have colleagues who have become good friends and despite my absence from work, we still manage to get together once in a while. When I met with them last week, they asked about my health in a kind and unobtrusive way. They asked how I was feeling, never asking when I would return to work. Still, I felt like the question of, “are you better yet?”, was hanging in the air, just waiting to be given voice. 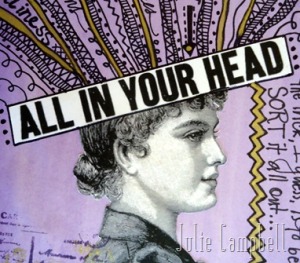 Or maybe it’s all in my head. Maybe I only think other people want to ask that question  because I’m wondering, am I better yet? Could I return to work? And what happens when I eventually do return? Will I be treated any differently than before? Will I be perceived as broken and damaged, or worse, weak?

Despite being absent from work for three months, I’m still feeling embarrassed and guilty that I had to take time off to tend to my mental health. I know I shouldn’t feel this way because it’s just as legitimate as taking a leave because you are physically sick. But reality doesn’t  change the way I feel.

When I met with my friends/colleagues (frolleagues?) I found out that my favourite project has been passed off to someone else. I assume it’s because I’m not there to take care of it, and that is disappointing, but also understandable. It’s a massive undertaking and requires a lot of planning that I’m not there to do. There’s always next year, I guess.

This is the reality of having a mental illness. The world doesn’t, and can’t, stop just because your brain breaks. It doesn’t matter if you’re hospitalized, catatonic with depression, or losing touch with reality because of mania; the world keeps moving without you and I think that’s the hardest part for me to come to grips with. It irks me knowing that someone else is working on this project and that if I could have survived just a little longer it could be me working on it.  Or if I could have just returned to work already, maybe they would have held out a little longer before replacing me. But it’s this type of thinking that got me into this mess in the first place. 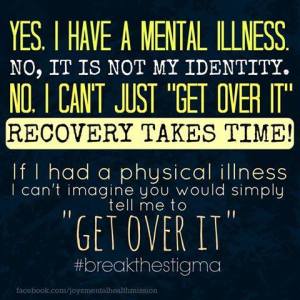 Of course, I already had the existing condition of bipolar disorder, but it was my inability to disengage with work, share the load, and ask for help when I was floundering that pushed me over the edge. I wanted (and still want) to please everyone and show them (and myself) that I’m strong enough to do it all, despite my mental illness. Except even those without mental health issues can’t do it all without eventually breaking.

Also, if I’m 100 per cent honest with myself I know I couldn’t return to work full-time tomorrow. My body is still getting used to a new medication regimen, which means my moods are still up and down. I still struggle with simple tasks and become easily overwhelmed (writing this blog has been a chore rather than something I enjoy). I cry very easily and can’t manage stress. I wouldn’t last a week at work before I was back at square one, or worse. Now that I have three months distance from where I started, I can recognize that I was skating on thin ice for a long time. As I persevered through the stress, taking on more and more projects, the ice was cracking beneath me as I skated along, pretending that nothing was wrong. I was just lucky that I caught myself before the ice broke and I ended up in the hospital.

So, I guess if anyone is wondering if I’m better yet – no, not yet. But I’m getting there.

2 thoughts on “Are you better yet? The long road of mental health recovery”

Sometimes you have to be your own hero.

Bipolar Strength: Rebel WITH A Cause