For me, I can’t even remember. 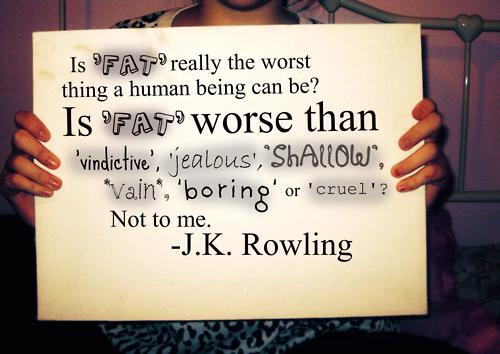 I don’t know when it was that food became laden with guilt, shame, and turned into a complete mathematical nightmare. But I imagine it was probably around the same time that I hit puberty and realized that I was much bigger than most of my classmates. I don’t mean bigger in that I was chubbier or obese, but I was quite literally the tallest kid (male or female) in any class. My friends could still fit into children’s wear and I was shopping at women’s stores.

It was probably also around the time that I was swimming. I started competitive swimming around the same age and spent 8 to 10 hours a week in a pool. I also spent 8 to 10 hours a week with girls whose bodies had barely any body fat. The other girls walked around the pool deck on their toothpick legs, thighs never rubbing together in the humidity (they had what we now call the thigh gap), without a towel covering their non-existent cellulite.

Watching these lithe swimmers was the beginning of when I stopped thinking of food as nourishment. Food was not something to make my body stronger or make me swim better. And it definitely wasn’t something that I could enjoy without consequence.

My obsession with food became worse when I decided that I wanted to be a model. I had been watching Fashion Television with Jeanne Bekker since I was 6. I watched Naomi, Cindy, Christy, and Claudia prance down runways wearing clothes that I didn’t understand but loved. I made my Barbies imitate these glamazons and made my sister play Supermodel with me. My love for fashion and supermodels, coupled with the fact that when I hit puberty people kept telling me I should be a model (I guess because I am tall?) wanting to be a model seemed like a natural decision.

What I learned very quickly was that being tall wasn’t enough to be a model. Agencies were looking for a tall girl with a unique face who had very precise measurements; measurements I didn’t have. However, the agency woman who had sized me up (literally, she had taken a tape measure to me) assured me that if I stuck to a healthy regimen and worked out (they didn’t want unhealthy girls here, oh no!) that I could probably be a model.

That summer I spent carb-less, counting and weighing all of my food, and working out like a maniac. I ate my 1/2 cup of All Bran Buds with my low-fat yogurt cup and kept my hunger pangs at bay throughout the day with countless cups of coffee (it wasn’t like it was going to stunt my growth), diet coke, and if I was too dizzy juice. At dinner I ate very small portions of whatever my mom cooked, minus whatever carbohydrate she would put on the table. I returned to the agency in the fall with the exact measurements I was missing 2 months earlier.

At 5’10” I weighed 115 lbs. I was cold all of the time. I was ravenously hungry. But the agency said I could be a model, so it was totally worth it.

As you can imagine, this eating regimen couldn’t last forever. Despite fasting during the day, when I got home from school, I couldn’t stop myself from raiding the pantry. I would shove spoonfuls of peanut butter into my mouth while crunching down on chocolate chip cookies. I would eat ice cream directly from the tub while crumbs of chips were on the front of my shirt. I would eat until I felt sick. And it wasn’t just at my own house that this would happen. I used to babysit for a family across the street and as soon as the kids were in bed, I would snack on whatever they had in the house. To this day I think they had a nanny cam and stopped letting me babysit once they saw me shoving my face with all of their food.

I was binge eating, without the purging. As you can imagine, this eating pattern made me slowly start putting weight back on. I would measure myself and was seeing myself grow in the process. I hadn’t booked any real modelling work and told my mom, “I don’t want to be a model anymore. I’m too hungry.” And that was the end of my career.

Unfortunately, it was just the start of a pattern of disordered eating that follows me to this day. I am currently the heaviest I have ever been, mainly because of the anti-psychotic Seroquel. It causes cravings for carbohydrates. It overrides the brain’s “I’m full” sensor and wreaks havoc on my metabolism. It also makes it incredibly difficult to lose weight. Some days I am embarrassed by my current body while other times I just don’t give a fuck. Except no matter how I feel about my body, I still feel the same way about food; it’s the enemy.

Seriously this was the best salad ever.

As I get older, I’m slowly trying to approach food in a different way but my disordered eating is deeply embedded in who I am. I am trying to value food as either good or bad based only on its relation to my health. Eating a beautiful salad is preferable to a bacon cheeseburger with fries because the nutrients in the salad actually fulfill dietary needs. The cheeseburger fills a craving or laziness because I didn’t prepare my lunch. However, even as I eat a salad filled with healthy items like avocados, berries, quinoa, arugula, and feta cheese — I wonder, wouldn’t it be better if I just didn’t eat? I still value skipping a meal over nourishing my body. And that makes me incredibly sad.

It makes me even sadder because I know there are countless other women and men who think just like me. There are many other people who are so embarrassed by their bodies that they almost kill themselves trying to attain an unobtainable goal — like that pesky thigh gap. I am lucky that I do not have a full blown eating disorder because they take lives.

But, I would like to be able to eat a damn chocolate chip cookie without wondering how many calories are in it.