On Monday I thought I was holding it together pretty well. I managed an excruciating hour and a half long meeting. I blew through my to-do list. I made an almost insignificant mistake at the office, which led to a moment where I may or may not have punched a wall at home. (That hurts, by the way, I don’t recommend it.)

So maybe holding it together is too strong of a word.

I didn’t visibly. as far as I’m aware, lash out at anyone at work. It wasn’t like last Thursday where I snapped at my boss and told her I was too busy to do whatever she was going to ask me to do next. And it wasn’t a lie. I was completely swamped. Drowning really. Except stupidity and pride kept me from asking for help. Asking for help is a sign of weakness (despite the incredible Nicole Lyons who said in her Psych Central blog says that it’s okay to ask for help).

But by Tuesday, I was fraying at the seams. My nerves were shot, my patience short, I couldn’t understand what I was trying to read let alone what I was trying to write, and I spent more time crying at my desk than doing actual work. I wanted to rip my skin off because it felt like there were ants crawling all over my body. My only coping mechanism was to run up and down the stairwell like a crazy person. Yet, I told no one. I kept my nose to the proverbial grindstone and kept plowing through.

On Tuesday I left my desk to go to yoga at lunch and when I got back there was a voicemail on my phone. Here’s a fun fact about me, I loathe speaking on the phone and seeing the voicemail light causes me actual anxiety. So, seeing the blinking red light of a voicemail on my phone after feeling relatively zen post-yoga was disconcerting. Now I could have gone my usual route, ignore the phone message for weeks but I was organizing an event and was hoping for more RSVPs (why don’t people like to RSVP by the way? In the digital age where invitations are sent via e-mail, I had to make cold calls to over 20 people who just didn’t respond. Whatever, this is another topic. But if you’re getting married or had a wedding and sent out invitations, you know what I’m talking about).

The message was from my HR disability manager. It’s not unusual for her to call me since I’m still on disability (a failure that I like to use to make myself feel like shit). My phone calls with her usually involve crying in some capacity, but I was totally unprepared for the flood that came through the gates.

“Do you want to come to my office?”

I went into the bathroom, wiped away the mascara smudges from my face, took a deep breath, and pulled myself together enough to make it across the street to her office without looking like someone had just run over my cat.

C and I have never really met in person although we’ve spoke on the phone numerous times as we worked out my disability. She’s small in stature and nothing like what I thought she would look like. She guided me into an empty conference room, there was a box of Kleenex on the desk – never a good sign.

She allowed me to sit wherever I wanted and taking a seat across from me before asking, “So what’s going on?”

“Everything is just so overwhelming,” I balled. “And I’m trying so hard to keep it together,” I hiccuped, unable to catch my breath. “I just don’t want people thinking that I’m this girl who is bilking the system. I want people to think that I’m dependable, I try working so hard, but it feels like it’s never enough.”

“Yes. I spoke with your boss and she expressed concern over your behaviour.”

“What behaviour? I’ve done everything she’s asked of me and more.”

“No, no she was concerned about your health. She didn’t think you were feeling well and obviously she was right.”

“The pace is just so untenable. I worked throughout the long-weekend, everything is an emergency, everything is urgent, and we never say no. How can anyone keep up with that?”

“Well maybe you’ll feel differently when you’re more stable,” she softly. “So you are supposed to see your psychiatrist on Wednesday?”

“Yes, but the situation has gotten so bad that my husband and I have considered going to the emergency room almost everday. He’s on suicide watch basically 24/7.”

This took her aback. Her reaction was visceral. She recoiled away from me. The situation went from this is a stressed out young woman who has a difficult disease and is not coping well into she’s a danger to have in the building. And she’s not entirely wrong. I’m a liability for a company right now. At work, I was googling how many lithium pills it would take to die. And it wasn’t because I was concerned about toxicity. I don’t mean to sound flip about suicide, but when it clouds your brain and it’s all you think of it almost becomes mundane. Or, at least it does for me.

“Well you should go to the ER,” she suggested.

“What’s the point of going to the ER these days? It’s not like they’ll admit me. There aren’t any beds. So we’ll just have spent a distressing four plus hour wait for nothing.”

“You’re right,” she admitted, sounding defeated. “So here’s what you’re going to do. You’re going to go home for the day, can you do that?”

“Ok,” I agreed weakly, uncertain of this bail on work plan that she had. I was organizing an event and had so many things that had to be done.

“And you’re not going to come back to work for the rest of the week until you see your psychiatrist. Once you see him, I think you should be back on full-time disability.” 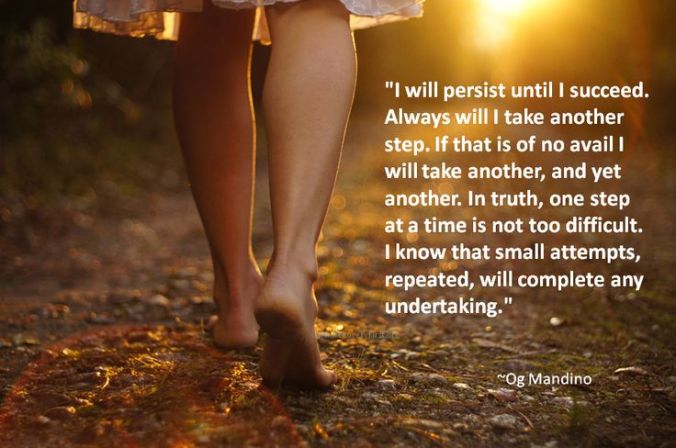 My stomach dropped. My worst fear. My husband and I had been debating it back and forth for a while now because he knew I wasn’t coping at work. But, here it was laid out in front of me. I’m unfit to do my job. I’m unfit to be in the office. I’m unfit and unable. Two things I never wanted to be called.

This setback is a massive failure to me. I thought I could do it all, just the way I did before I got sick but I rushed it because I didn’t want to seem like that girl milking disability. I didn’t want to see them hire a temporary replacement for me. I didn’t want to know there was someone else sitting at my computer, moving my icons and changing my settings. I didn’t want there to be someone who was potentially better at my job than I am and they regret hiring me.

These are the demons I must face as I go back onto disability. I try to remind myself to take it one day at a time and that I am not a failure. That I’m sick, not weak. But, it’s hard to think positively when my situation seems so desperate.